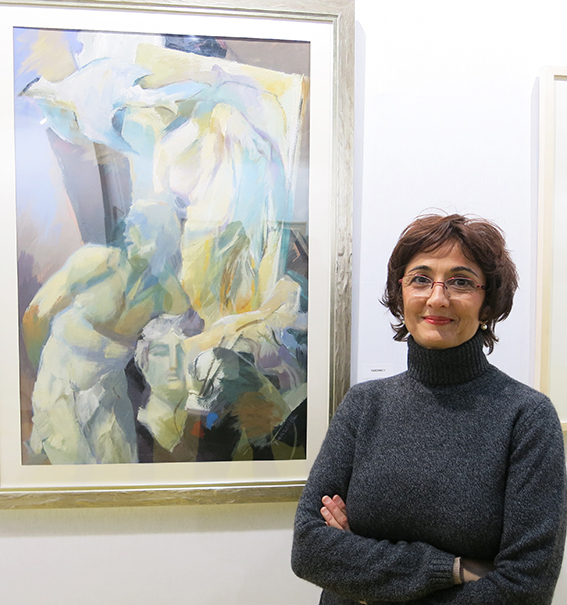 Farzaneh Parent comes to you from Iran. She is a Tehran University School of Fine
Arts graduate (Architecture).

Concurrently with her studies, she took a complete set of formal courses in
painting with the Iranian masters Petgar and Etemadi. As soon as she settled in
France in 1990, she attended the studios of the greatest current French painters.
She also obtained a grant from Académie de Port-Royal, the successor of the prestigious
Julian institute in Paris.

Since 1999, she has been in charge of the studio of the Association Dessin Peinture Sculpture (ADPS) in Versailles.

Her paintings present combinations of somewhat unexpected subjects, very
structured but with novel compositions. They also reveal the command of a palette
with elegant colors with subtle nuances. The result is an offering with a bright and specific atmosphere.

In addition to oil painting on canvas for which Farzaneh has a definite predilection, she has a keen interest in
painting seen as a therapy and also in relaxation techniques used within Art and vice versa.

She has also written and illustrated instruction books for children and adults.